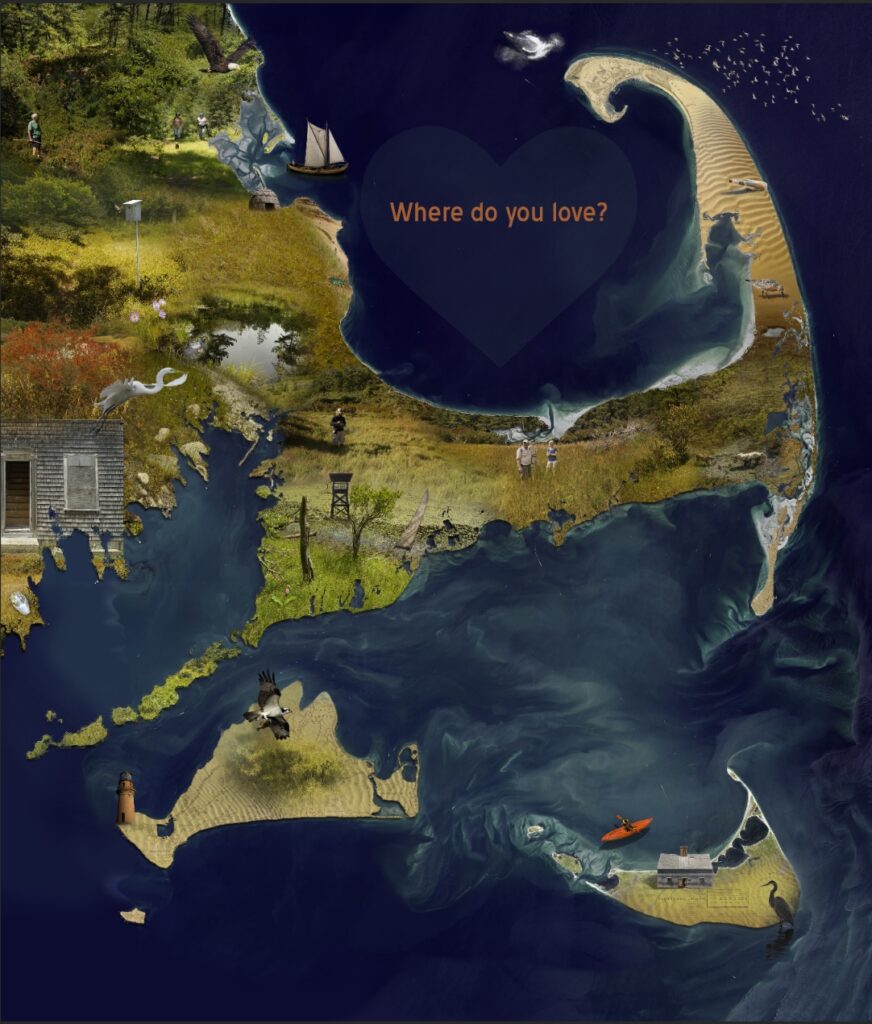 The term "barrens" was used to describe the landscape by European settlers who considered pitch pine trees to be of poor timber quality and found that the crops that they brought with them from Europe grew poorly in the sandy, acidic, nutrient-poor soil that underlies the forests and bogs of the region. Nevertheless, these conditions gave rise to uniquely adapted plants and animals that indigenous people living around Cape Cod Bay found more than adequate to support thriving populations for thousands of years.

We like to say, "The Pine Barrens are anything but barren." This ecoregion provides habitat for over 200 state and federally listed species, such as the northern red-bellied cooter (found only in ponds in Plymouth County, MA) and the barrens buck moth.

The Pine Barrens Ecoregion extends from Duxbury in the north along the Cape to Provincetown, and includes the Islands of Martha's Vineyard and Nantucket. These sandy soils reach through Plymouth, Carver, and Wareham, to Marion and Mattapoisett. Sadly, we have lost most of this ecoregion due to development and fire suppression, but through land conservation and management, including prescribed burns, we believe that we can sustain biodiversity and restore the natural balance of the 40 or more natural communities that Native Americans know as families.