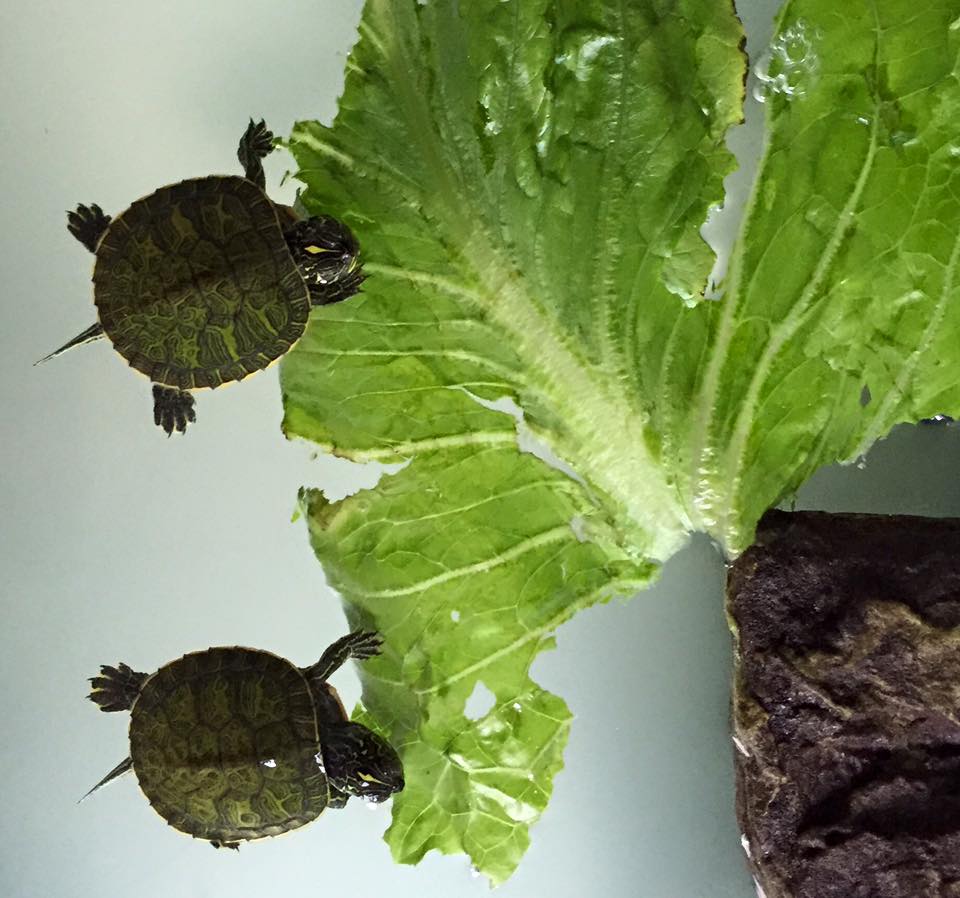 SEMPBA volunteers have given 6 red-bellied turtles a "head start" on life since 2015.

Formerly classified as the Plymouth red-bellied turtle, these local reptiles have been listed on state and federal levels as an Endangered Species since 1980, when only 300 were known to exist. In Massachusetts, they can only be found in Plymouth County, mostly in the Pine Barrens, where efforts have been made to increase their numbers. In 1984, the Head Start Program was initiated. Hatchlings are removed from the wild in early fall and placed with educational and scientific facilities. The first year of the turtles' lives is spent in a safe, warm, aquatic environment with unlimited amounts of romaine or red leaf lettuce. This allows the turtles to grow quickly so they are less vulnerable to predation when they are released back to the wild in early June. They have a "head start" toward a long, healthy, and reproductive life!

This is a very successful program - over 4,000 Red-Bellied Cooters have been head-started since 1984 and many are reproducing in the wild. 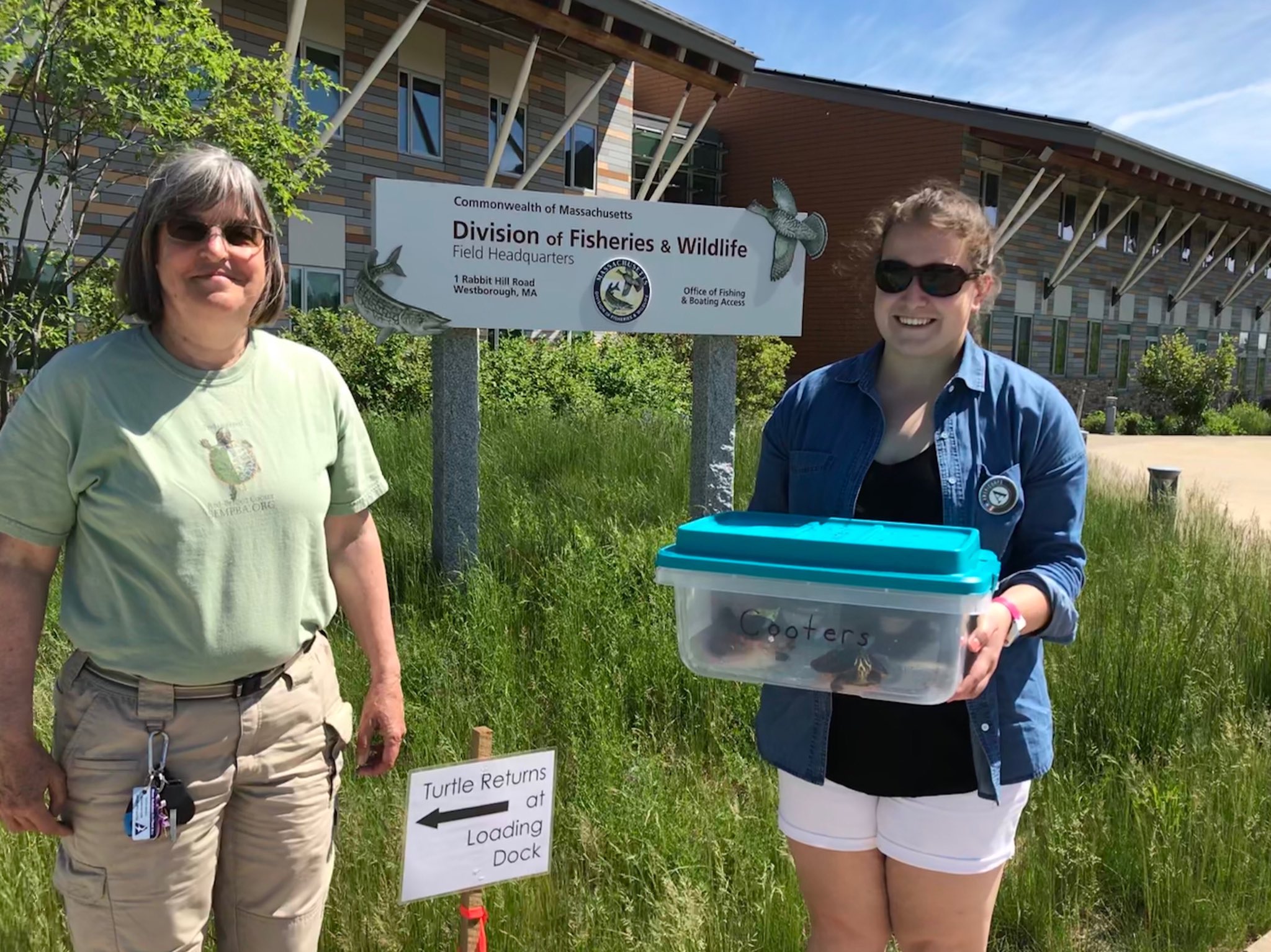 Lisa and Molly turning in the 2018 turtles at MassWildlife headquarters.

When the turtle hatchlings arrived at SEMPBA in early October 2017, they were the size of a half-dollar. By the time they left in late May 2018, they were 4.5 inches long. That's a lot of growing in only 8 months! It would take 4-5 years for them to reach that size in the wild.